My Swedish friends will perhaps be wondering why I’ve posted a picture of an Easter Witch in October. But I’ll explain, so bear-with.

The tale of the Swedish Witch pre-dates Christianity, and was a story told during the spring months. Tales of witches flying off to the German mountains in order to cavort with the devils, were told. It was believed that as Spring arrived, so did the evil spirits just waiting to spread mischief throughout the land. And this mischief included, and still does, Swedish children dressed up in rags to knock on doors to ask for trick or treats.

My son has recently moved back to the UK after living in Sweden for almost four years, so I brought out his Easter Witch which was on top of one of the many packing cases still unpacked and sitting in the garage. I took his witch out a few days ago as Halloween will soon be upon us, so now she’s hanging up in our sitting room, hand luggage tied to her broom and her duty-free potions hanging from her belt, ready for take off.

It’s that time of year again. And at the stroke of midnight I sometimes wish I could turn from a princess into a witch. She’s not a very scary looking witch, though, but a witch all the same. And the experience of those cold winds blowing up my skirts, and straggling a broom handle to soar through the skies, ducking and diving all those fireworks, would be wonderful. I love this time of year,  but I hate pumpkin pie and toasted marshmallows: give me chocolate eggs anytime.

One of my most enduring recollections was of a Bonfire Night party quite a few years ago. I got slightly tipsy and ended up sitting in a bucket. My friend and I found it so hilarious we  almost wet ourselves, and we laughed so much I couldn’t get out of it. Oh, those were the days.

As you can see I am definitely female – well I was in August 2014 when this photo was taken – sitting in my little book-nook where all my writing is done, having shed the male persona. Not only because the clothing was uncomfortable, but it wasn’t a pleasant sight shoe-horning my figure into clothing that was made for a different shape. And although I didn’t have to choose which side to dress on, as I don’t have those bags of skin hanging from the insides of my thighs, I do consider myself a woman with metaphorical ones.

It wasn’t until I read an author friend of mine’s latest book, that I realised how confusing it can be for a reader who knows you as female, yet writing from a male perspective. When I read his books, which are usually all-action macho McNabb-type stories, I have his personna planted firmly in my head. Then he goes and publishes a book in the first person with a female protagonist. I must admit I had difficulty the first few pages, but after putting ‘him’ aside –  metaphorically speaking – I soon got into the female character.

To The Edge And Back, was written in first person from a male perspective,  and as I had initial difficulty with my author friend’s ‘cross-gender’ book, I looked at my own wondering if the people who knew me, and have bought the book, had the same problem as I. You may be thinking, silly old bat, but I don’t have the same problem when it’s written in third person. First person is always so up-close and personal, that you can feel so rapt in the fictional story, it becomes very real. And that is where the dichotomy lies.

My macho friend writes ‘dirty’ as he puts it: and so do I: just typing, trying to keep fingers going at the same speed as the brain: forget about the typos, just get it all off your chest then edit or re-write. And if clichés appear or there are lapses into stereotypes, then it can be changed.

If I ever get the urge to ‘cross-gender’ again, then I’ll take up the challenge with pleasure.  And if my macho friend wants to be a woman occasionally, then who am I to judge. 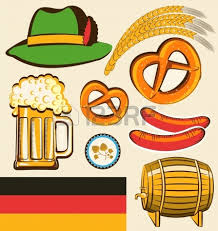 As we often see Germany’s history through the two World Wars, it was refreshing to find the British Museum have recently been exhibiting a theme on objects that define a country’s history. Neil MacGregor – the museum’s director – is also launching a series on BBC Radio 4 about the history of Germany, as seen through 70 objects . The point of the series is to illustrate how well Germany has done since 1990, after the Berlin Wall went down, along with asking the questions, ‘does a ‘new’ country need a ‘new’ history, and will it re-ignite the Anglo-German friendship we once had?’ It has been 70 years since the end of WW11 and the anguish of Germany’s Nazi legacy remains.  Whether we want to be friends with them is up to us, but, I personally, have always felt more of an affinity towards Germany than I ever did towards France.

I was born in 1946, in the aftermath of WW11, and my formal education didn’t even touch on anything German: history or literature: but in music class we did learn the song, ‘Ich Weiss nicht was soll es bedeuten…’ Heinrich Heine, a German Jew wrote the lyrics, and I still sing it to this day. But it was after getting married and having children of my own I became more interested in the country and its people, and as parents, we decided to educate ourselves, along with our children, by spending many a summer holiday there in the 80’s. We found it to be a beautiful country and the people welcoming and friendly.

I became so interested in the country, I joined a night class to learn the language as all three of my children had chosen German over French as their second language, and we often had German exchange students staying with us. The whole German experience not only changed my view of Germans and Germany, it changed my reading habits, too,  as I was into, not only the British Literary giants at the time, but Hugo and Zola. German writers soon followed: Berthold Brecht, Gunther Grass, Heinrich Boll, Thomas Mann, Heinrich Heine – who to this day is one of my favourite poets: he held such prophetic powers. I also became aware of the great German intellectuals such as Goethe, Nietzsche, Schiller and Humboldt. More recently I discovered the poet Hans Magnus Enzensberger. But whilst researching for my third novel I discovered a book written in 1938 by Erika Mann – Thomas Mann’s daughter. The book, buried deep in the bowels of a library was entitled, ‘School For Barbarians’

It is by coincidence that my third novel ‘A Life Once Had’ was published only weeks ago, and follows the life of a German Doctor caught up in WW11. The last quarter of the story is set on the Channel Islands, the only British Territory to be invaded by the German Army. And because I wanted to write something more realistic about the relationship between the islanders and the invading army, I visited Jersey, only to find plenty of literature and museums, but underneath lurked a strong dislike of the German people. And the subject of British women engaging with German Soldiers was a subject that was still very raw. I found that women who bore children fathered by German troops often left the new-born on the steps of the orphanage.

What we have to remember is that even before WW11 Germany lead the world with its medical research, and it supported the rest of Europe by exporting goods, and much needed coal. After visiting Auschwitz and Birkenau I looked back at other country’s histories, including our own. I found Germany was not the only country to have committed atrocities. Back in the 1800’s American research doctors used slaves for their research, some of it not dissimilar to the medical research done in Auschwitz by Doctor Mengele.

Presently I am editing a follow-up book to my third novel and it covers the year 1946 when everyone was trying to find their place again, especially my German character whose family are left with nothing, They have to start over as it was the year zero for them. I write about the hardship my characters’ family endure, but if you want to read other novels; find out first hand what it was like for them immediately after WW11, read Heinrich Boll’s fiction novel ‘…And Never Said a Word’ published in 1953. I found it riveting.

My fourth novel looks at ‘starting-over’ from a different angle, a German living in Britain. Although Germany was left a broken country with a dazed population, the British and the rest of Europe soon realised it needed Germany to hold-up its industrial head again: it did, and is still holding up its head, along with supporting the rest of Europe.

Someone said to me recently that Remembrance Sunday – Poppy day – is a celebration of winning two Worlds Wars. I like to think we are remembering the dead of all conflicts: all nationalities. I also like to think my fiction novels hold some truths, as my intention, when writing these two novels, was to try and dispel the prejudices I came across whilst researching.

I held out my hand in friendship years ago to Germany. I just hope I have succeeded in doing my bit to break down that 70 year old barrier by writing these two novels.

My fourth novel ‘A New Beginning’ should be published later this year. 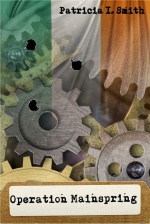 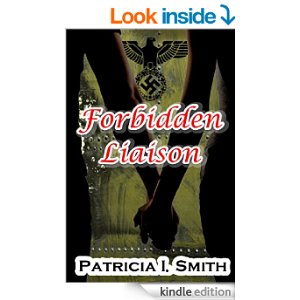 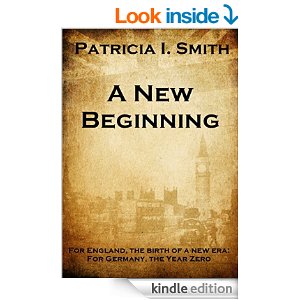 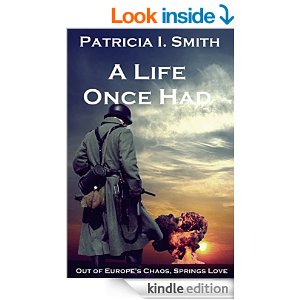 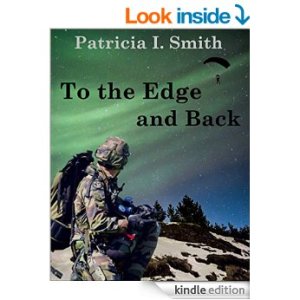 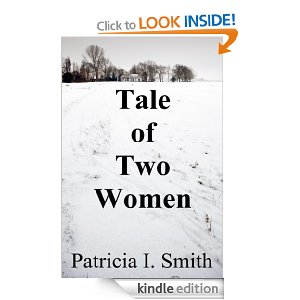